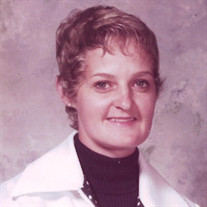 Beverly Jane Standiford Rogers, age 79, of Spring, left this earth peacefully to spend her eternity with the Lord on the 15th day of December, 2019. She was born on the 13th of May, 1940, in Wichita, Kansas, to Elmer Leon Standiford and Marjorie Ayers Standiford. She married the love of her life, Charlie Simms Rogers, on December 10, 1963. Beverly grew up in Winfield, Kansas graduating from Winfield High School. From Kansas she went on to attend Sam Houston State University in Huntsville where she received her bachelor's degree in Education. She began her teaching career in 1964 at the Spring Independent School District, retiring in May, 1994. Beverly was dearly loved by all her fellow co-workers and students. After 30 years of teaching she went on to work side by side with Charlie at A-Plus Driving School. She was never a woman to sit long, unless watching sports. Baseball, basketball or football did not matter, if there was a game on she was going to watch and text play by plays or her thoughts of the play to Jace and Chad. Family was everything to Beverly. She made every event in her sons and (4) grandchildren's lives. She could always be heard from the stands cheering them on. Beverly was beyond proud of her sons and grandchildren. She is preceded in death by her parents Elmer Leon Standiford and Marjorie Ayers Standiford; Husband, Charles "Charlie" Simms Rogers; Brother Bob Standiford; Brother Butch Standiford; Brother In-law, Ottis Raymond Rogers, Jr Beverly Rogers is survived by her sons: Jace Standiford Rogers and wife Allison of Spring, and Chad Jeffrey Rogers and wife Kelle of Montgomery; grandchildren, Cody Rogers, Jake Rogers, Tucker Rogers and Karlie Rogers; Brother Larry Standiford and wife Pat; Sister in-law Sharon Standiford; Sister in-law Shirley Rogers; and many nephews and nieces. Services for Beverly Rogers will be held at the Addison Funeral Homes 18630 Kuykendahl Spring, Texas 77379. The visitation will be held from 4 o'clock until 6 o'clock in the evening and the funeral service to honor her life will be conducted at 6 o'clock in the evening on Friday, the 20th of December, 2019. Private burial service for the family Saturday, the 21st day of December, 2019 in Palestine, Texas. Honorary pallbearers Cody Rogers, Jake Rogers, Tucker Rogers, Karlie Rogers, Brian Raven, Josh Walters, Kelly Zane, Mark Standiford.

Beverly Jane Standiford Rogers, age 79, of Spring, left this earth peacefully to spend her eternity with the Lord on the 15th day of December, 2019. She was born on the 13th of May, 1940, in Wichita, Kansas, to Elmer Leon Standiford and Marjorie... View Obituary & Service Information

The family of Beverly Rogers created this Life Tributes page to make it easy to share your memories.