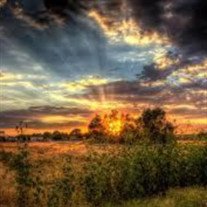 Schultz, Charles A., Jr. 1/23/1941 - 11/22/2021 The Woodlands, Texas Charles A. Schultz, Jr, 80 of The Woodlands, Texas, passed away on November 22, 2021. Charles was born January 23, 1941, in Toledo, Ohio. During his childhood, Charles resided in Lima, Peru; Quito, Ecuador; Cochabamba, Bolivia; and lastly Coral Gables, Florida. He graduated from the University of Florida with an Electrical Engineering degree and remained in Gainesville, Florida founding the engineering firm Schultz Instruments developing systems for the TV, newspaper, and medical fields. After selling the business, he enjoyed teaching Cisco networking at Santa Fe Community College in Gainesville, Florida. Upon retiring, he moved to The Woodlands, Texas to be with his grandchildren. For many years he served the youth of Gainesville coaching soccer. He was also active in Rotary International in Gainesville and Houston having served as President and on the Board of Directors. Currently, he was a member of the Magnolia Rotary Club where he is listed as a major donor to the Rotary Foundation and Paul Harris Fellow. Charles was married to beloved spouse Mary Gay Tyler Schultz for 48 years. He is survived by his son Chas and daughter-in-law Rebecca, daughter Leanne, brother John his wife Kathryn, and eight grandchildren, Jacob, Gabriell, Mikala, Madison, Kennedy, Reagan, Monroe, and Quincy. He was preceded in death by his parents Charles A. Schultz, Sr. and Lena M. Folger Schultz. In lieu of flowers, the family request donations to Rotary International Foundation.

The family of Charles A Schultz created this Life Tributes page to make it easy to share your memories.

Send flowers to the Schultz family.