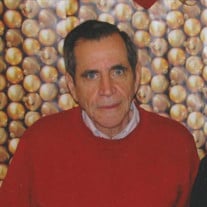 Darrell Wayne Fariss was born on October 7, 1936 near O’Donnell, Texas in his Grandmother’s home. He died on November 2, 2021 at home in Houston, Texas. He was 85 years old. Darrell died peacefully with his wife, Jan, and daughters Dara and Lori by his side. Darrell is survived by his wife, Jan, married 55 years, 11 months. Daughters Dara Beck and husband Larry, Ann Arbor Michigan, Daughter, Lori Ely, Abilene, Tx. Grandchildren Griffin Beck, Indianapolis, Indiana, Trevor Beck, East Lansing, Michigan, Gracyn Beck, Ann Arbor, Michigan, Ethan Ely and Hunter Ely, Abilene, Tx. Brothers Milton Fariss, Seagraves, Tx., Pat Fariss (Maco) Andrews, Tx. Uncle J.L. Petty, Lubbock, Tx. 2 Nieces and 9 nephews. Brother in law, Rick Pounds (Linda), Sister in law Judy Smith (Bobby), and many loving cousins and friends. Darrell was preceded in death by his parents, Ken and Cleo Fariss, sister in law Glenda Fariss and nephew Rex Allen Fariss. Darrell was baptized when he was 12 years old and was a faithful Christian. He and Jan attended services at Bammel Rd. from 1972 to 2000 and Champions since 2001. Darrell served as a deacon at Champions and worked with Benevolence. Darrell started school at Grandview, Tx. He graduated from Andrews High School. Graduated from Texas Technology University with a B.S. in Civil Engineering. Darrell began working in a grocery store in Andrews when he was 12 years old. He worked after school and on Saturdays. He worked during the summers while in college at various jobs related to the oil field. After graduation from Tech he worked in a steel fabrication plant in Lubbock. Darrell came to Houston to work for Brown and Root in 1961 as a cost engineer and office engineer on highway and civil construction projects. He moved to the Middle East in 1964. He served as project engineer and project manager on various jobs in the Middle East and North Sea. Darrell and Jan were married on November 20, 1965 in Acuff, TX. They were married 55 years, 11 ½ months. They moved to Bahrain in January 1966 as soon as Jan completed the semester teaching. The lived in Bahrain, Great Yarmouth England, Houston, London, Houston, Bahrain and back to Houston, Tx. He was assistant manager sales and estimating for Middle East and Far East Marine and headquartered in Houston. In 1973 he was named Vice President of Brown and Root, Inc. and moved to Bahrain where his duties included various foreign marine projects such as offshore platforms submarine pipelines docks and terminals. He worked for B&R for 25 years. Darrell enjoyed holidays with extended family. He loved being with his family and Jan’s family. He often told people about his double-cousins which sometimes required explanations. He was proud to be “Grandad”. He particularly enjoyed barbequing ribs, brisket and chicken for the children, grandchildren and friends. He also made jambalaya, pico de gallo and guacamole. He was creative and skilled in woodworking. The garage was his wood working shop. He made Texas themed items – coasters and shelves. He made necklaces for special holidays and other holiday decorations such as pilgrims, pumpkins, Mr. and Mrs. Santa, and Christmas trees. He enjoyed fishing. Darrell was adept at all kinds of puzzles. He used his jigsaw to make wooden puzzle games. Darrell and Jan played “88” with a group of friends from Bammel for 25 years then played “42” the last 20 years with friends at Champions. In lieu of flowers, donations may be made in Darrell's memory to: Truth for Today World Mission School - http://biblecourses.com/Support/ Sunset IBI - https://www.sibi.cc/50fund Lubbock Children's Home - https://childshome.org/giving/

Darrell Wayne Fariss was born on October 7, 1936 near O&#8217;Donnell, Texas in his Grandmother&#8217;s home. He died on November 2, 2021 at home in Houston, Texas. He was 85 years old. Darrell died peacefully with his wife, Jan, and daughters... View Obituary & Service Information

The family of Darrell Fariss created this Life Tributes page to make it easy to share your memories.

Send flowers to the Fariss family.