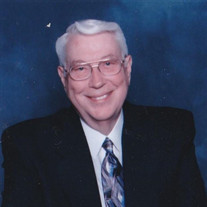 David was born in Bowie Texas in 1935 and grew up on a farm just outside of Bowie. He attended elementary school in “the country” outside Bowie and began attending Bowie Public schools in Junior High. He graduated from Bowie High School as salutatorian in 1952 at the age of 16. David attended Abilene Christian University and graduated with a degree in Bible at the age of 19. While in college he preached at the Tuscola Church of Christ in Tuscola, Texas. Upon graduation he began full time preaching at the Panhandle Church of Christ in Panhandle Texas and preached for churches in Texas and Oklahoma for more than 25 years. His latest full - time preaching role was at the Sunset Church of Christ in Dallas Texas where he preached from 1967 to 1973. In addition to his full - time preaching responsibilities he authored and published 4 books, conducted gospel meetings and lectures in several states and lectured on five Christian college campuses. During his ministry he preached the gospel to thousands and many of them came to Christ as result. After retiring from full time preaching David conducted motivational training for business and civic groups and owned several businesses including a construction company and print shops. In addition, David worked for a memorial consulting company until he and Martha moved to Tomball in 2010, to be closer to their family. David served as an Elder for the Church of Christ in Champions from 2013 to 2020. In May of 2019 he was diagnosed with cancer and fought a brave battle until he succumbed to the disease on June 3, 2020. Preceded in death by his parents Floyd and Jackie Arnold and his daughter in law Pam Arnold Survived by his wife of 66 years, Martha Scarborough Arnold, Sons Wes Arnold and Mike Arnold and his wife Donna Sue Arnold Grandchildren: Mike and wife Melodie Arnold, Pamela (Niki) Arnold, Rebecca Arnold Jaquez, Amanda Lytton and her husband Zach Great grandchildren: Savannah, Bailey, Brooke, Luke, Kayla, Isaac, Jesse, Megan, Perry and Bennett Sue Great great grandson: Joseph One Aunt: Mae Watson of Stephenville and numerous cousins Funeral Service Officiants: Lance Leavens and Dr. John Cannon Jr., Song service director: Dan Manuel Services are shown below. Burial will take place on Thursday, June 11, 2020, at 1:00 p.m. at Elmwood Cemetery in Bowie, Texas. In lieu of flowers, donations can be made to the TV program In Search of the Lord's Way. http://www.searchtv.org/formmemorialhonor.html

David was born in Bowie Texas in 1935 and grew up on a farm just outside of Bowie. He attended elementary school in &#8220;the country&#8221; outside Bowie and began attending Bowie Public schools in Junior High. He graduated from Bowie High... View Obituary & Service Information

The family of David Arnold created this Life Tributes page to make it easy to share your memories.

Send flowers to the Arnold family.