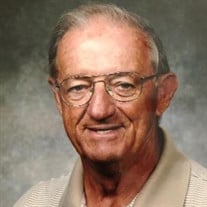 David Ramsay Findlay, 84, passed away peacefully on Friday, April 3, 2020. His wife and daughter were by his side. Dave was born on September 17, 1935, in Coatbridge, Scotland. He attended Lenzie Academy where he played rugby for many years. In 1956, the Findlay family began their voyage across the Atlantic Ocean on the SS United States and immigrated to this great nation. After being in the United States for two years, Dave was drafted into the Army in 1958. He served two years in the United States Army stationed at Fort Bliss in El Paso, Texas. Dave Findlay was a golf professional and a PGA member since 1969. He served as president of the STPGA from 1974 to 1975 and on the STPGA Board of Directors for 20 years. He was a member of the PGA of America Board of Directors from 1985 to 1989. The chairman of the National Award Committee in 1988, he also worked on the PGA’s Boundaries and Education Committees. Dave received the National Award of Merit in 1988, the STPGA’s Dick Forester Quarter Century Award in 1995, and the STPGA’s Bill Strausbaugh Club Relations Award in 2005. He was captain of the STPGA’s Texas Joe Black Cup Match team in 1998. Dave Findlay served as head golf professional/director at golf courses throughout Southern Texas including Canyon Creek Country Club (Sonterra), Westwood Country Club, Longwood Golf Club, Windrose Golf Club and High Meadow Ranch. He served as a teaching professional at Redstone Country Club and Windrose. Dave was also actively involved in all the communities in which he worked. He started a charity golf event for Boy’s Country while working in San Antonio and provided similar services for several charities in the San Antonio and Houston area. Dave played in numerous tournaments throughout his life. These included the British Open at Royal Troon, the British Senior Open at Royal Lytham & St. Annes, the PGA Senior Championship at the PGA National Golf Club, and two US Senior Opens at Scioto Country Club and Laurel Valley. He LOVED the game of golf and left a lasting impression on all who met him. He is preceded in death by his father, Allan Findlay, mother, Jean Ramsay Findlay, and son, David Ramsay Allan Findlay. He is survived by his loving wife of 50 years, Dorothy, daughter, Caroline Findlay Martini and husband Phillip, grandchildren Garrett Findlay Alpin, Skyla Martini, and Holdyn Martini; sister, Jeanette Smith, brother, Allan Findlay and wife Judy; nephew Mark Smith and wife Nancy and son Austin, niece Pamela Smith Welch and husband Eric; cousin Renee King and husband Myron; close family friend Teresa Rosenbaum and husband Chuck; along with a host of family members throughout the United States, England, Scotland, and Australia and many more friends who were like family. A Celebration of Life in Remembrance of David Ramsay Findlay will be held at Windrose Golf Club on June 22, 2020, at 3:00 pm. Please join us in remembering the man who spent his life playing, teaching, and loving the game of golf. In lieu of flowers, please consider making a donation to Southern Texas PGA Junior Golf at www.stpgareach.org or the American Heart Association at www.heart.org

David Ramsay Findlay, 84, passed away peacefully on Friday, April 3, 2020. His wife and daughter were by his side. Dave was born on September 17, 1935, in Coatbridge, Scotland. He attended Lenzie Academy where he played rugby for many years.... View Obituary & Service Information

The family of David "Ramsay" Findlay created this Life Tributes page to make it easy to share your memories.

Send flowers to the Findlay family.