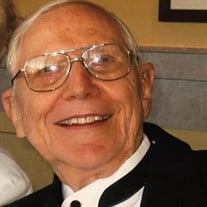 David spent his childhood in Colorado, Nebraska, and neighboring states as his parents pioneered many churches in those areas. He attended and graduated from Central Bible Institute in Springfield, MO where he met the love of his life Jean Renehan Jones. They married March 16, 1956 and moved to Galveston, Texas where they started their family. David became an ordained minster with the Assemblies of God in 1954. After pastoring a small church in Lake Charles, LA, they moved to Houston, TX in 1963 where both David and Jean worked as teachers in the Aldine School District. For the next 40 years, they served on the pastoral staff for three churches: Freeway Forest Assembly of God, Assembly of God Tabernacle and Braeswood Assembly of God. While at Assembly of God Tabernacle, they founded the Sweetwater Christian School and served until 1980. For the next 18 years, they served as Children's Pastors at Braeswood Assembly of God. David and Jean Jones led countless numbers of children and their parents to the Lord during these years of ministry. David and Jean retired from official pastoral capacity in 2000 and moved to Carrolton, TX where they retired as prayer minsters at Freedom Life Church until Jean's passing in 2012. David continued his prayer ministries when he moved to Conroe, TX in 2015 and attended First Assembly of God Church, Life Point Church and Bibleland Ministries. He also participated in an international internet ministry called 121 Connectors where he ministered globally to others seeking the Lord. He continued his ministry by leading devotions to residents of Village Care Homes where he eventually became a resident in 2019. He continued to minister to residents and staff members until his homecoming. Our family wants to extend special heartfelt thanks to the Village Care Homes staff and management who tenderly cared for and doted on our father. He received excellent care and attention from this amazing team of caregivers. We also want to thank Encompass Hospice company and Lisa Fisher for their diligent and loving care extended to our father during his last critical days. In lieu of flowers, the family is requesting donations be made to Camp His Way, Inc., a church or charity of their choice. Camp His Way, Inc. held a special place in his heart as this ministry is devoted to the spiritual growth of children and adults in a camp setting nestled in the woods near Lake Sam Rayburn. The Addison family and staff of Addison Funeral Home extend condolences to David's family and friends during this difficult time. All services will be held at Northwood Church off Spring Cypress Road in Spring, Texas. A private interment will take place later in the week at Ridgeview Memorial Park in Allen, Texas.

David spent his childhood in Colorado, Nebraska, and neighboring states as his parents pioneered many churches in those areas. He attended and graduated from Central Bible Institute in Springfield, MO where he met the love of his life Jean Renehan... View Obituary & Service Information

The family of David D Jones created this Life Tributes page to make it easy to share your memories.

David spent his childhood in Colorado, Nebraska, and neighboring...

Send flowers to the Jones family.