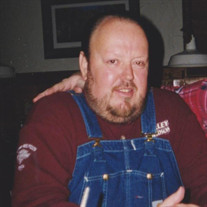 David Wolford (71), proud father of 2, proud grandfather of 4, friend to many, loved by many*, enemy of few*, ex-husband to one, boyfriend to many…, gun enthusiast, gun shop owner, construction worker, Harley rider, lifelong freelance comedian, freelance political commentator, freelance social commentator, professional conversationalist, professional flirt, professional hamburger connoisseur, professional people-watcher (Wal-Mart), passed away in his sleep, at his home in Houston, Texas on Sunday August 8th, 2021 after a prolonged battle with many health conditions. David loved his children and grandchildren, loved his friends, loved beautiful women, loved his bird “Cookie”, loved to tell stories (of which at least 50% were true), loved his country, loved hamburgers, loved chocolate cake, loved pineapple upside down cake, loved Captain Morgan’s spiced rum, loved Jim Beam, and loved Bombay Sapphire Martinis (not necessarily in that order). He hated Nancy Pelosi (and most democratic politicians), hated chicken, acted like he hated cats (probably in that order). David was born in Salem, Illinois on December 20th, 1949. His mother Reba (57) passed in 1972 and his father George (68), a field engineer for Texaco passed in 1980. He had one brother, Stanley (56) who passed in 1999. David graduated from Salem High School in 1968. He married Teresa (Pokojski) of Salem, Illinois and had 2 children, Stacey (50) and Michael (49). Both of his children reside in Spring, Texas where his daughter is underway on a lengthy career at a world-renowned orthopedic hospital, and his son is a chiropractor (I hear he’s the best…*). David has 4 grandchildren, Lindsay (27), Madeline (14), Garrett (12) and Gavin (10). David’s life and career in construction carried him around the country and overseas. He found himself on jobs in Illinois, Alaska, New Jersey, Michigan, Florida, Alabama, Louisiana, California, Nebraska, North Dakota, Guyana (South America), Dominican Republic and Jamaica, among other places. He was very proud of his overseas work and spoke of it often. He was said to be a charitable person in countries where the people were less fortunate. He had a big heart in that regard and spoke of purchasing a wheelchair for an unfortunate soul in need, and supplying a Christmas complete with Santa and gifts to children in an orphanage overseas. Throughout his life’s travels, he accumulated and maintained many valuable and lasting friendships. He loved his friends dearly and spoke fondly of them often. David flirted with death many times but managed to narrowly survive several heart attacks, a quadruple bypass surgery, a motorcycle accident, his divorce from Teresa, and the death of his bird, “Cookie”, each of which nearly resulted in his demise. David had a terrific, if not somewhat twisted, sense of humor. Those who knew him well can vouch for that and will understand why this obituary is written in this fashion. He loved to laugh. He loved to make others laugh. I kind of think he would want it this way. He could really tell a story. He could really tell a joke. He could really rub some people the wrong way. But, he was true to himself. You always knew what you were going to get. A tough-looking, tough-talking big guy with a huge heart that would do anything in the world for his friends and family. Those who knew him well (and liked him) will dearly miss his wit and sense of humor. Others, maybe not so much. Everyone who remembers Dave is welcome to celebrate his life in their own way. Raising a glass of their favorite drink in his memory would be quite appropriate. David’s body will be cremated in accordance with his wishes. Services will be held at Addison Funeral Home in Spring, Texas on Friday August 20th, 2021 at 3:00pm. Receiving of family and friends will begin at 2:00. The virus situation is relatively severe in this area currently. Any who attend would be wise to wear mask, etc. In lieu of flowers, David would hope that you do an unexpected and unsolicited act of kindness for some unfortunate soul in his name. Otherwise, a donation to Shriner’s Hospital will do just fine. *may contain misleading or inaccurate information

The family of David Wolford created this Life Tributes page to make it easy to share your memories.

Send flowers to the Wolford family.