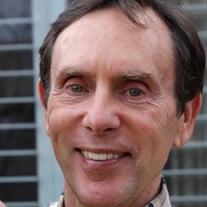 Don Hayward Griffin, age 71, met his Jesus face-to-face on January 20, 2022, in Magnolia, Texas, surrounded by his son John and daughter Ruth. Don was born on February 22, 1950 in Marshall, Texas, to Frank and Helen Griffin. At the age of 21, Don accepted Jesus as his personal Savior and had a radical transformation. Don went on to study at Tennessee Temple University where he obtained a Bachelor’s degree. In his early years, he pastored at Bell Street Baptist Church in Marshall, Texas. Shortly after, Don and his family moved to Houston where he started the church, Bible Way Baptist. During this time Don enrolled in school at Luther Rice Seminary where he obtained a Masters of Divinity degree. As Don continued to Pastor, his deep desire for learning led him to enroll at Trinity University where he obtained his PhD. Around this time, the church changed its’ name to Fellowship Bible Church which was located in Katy, Texas. Don remained the head Pastor at Fellowship Bible Church for the duration of his vocation. In all, Don spent from the ages of 21-66 as a Pastor. Up until his last days on earth, Don had people still bringing their Bibles to him at the assisted living home in order to teach them God’s Word. Don’s number one heart’s desire was to disciple anyone who came across his path in the ways of Jesus Christ. Don was considered a shepherd Pastor as he deeply loved each and every member of his church. Don’s love and impact went beyond the church walls to anyone whose path he crossed. As a life-long servant-leader, he loved his Lord, his family, his church, and his friends unconditionally. He was happiest when he was preaching God’s Word. Don is survived by his wife Beth of 49 years who was his loyal helpmate and served alongside him in ministry; two children: Ruth Adams (Matt) and John Griffin (Cassie); eleven grandchildren: Lauren Adams, Gabriel Adams, Annagrace Adams, Abbie Joy Adams, Lilly Faith Adams, Nathaniel Adams, Ella Ruth Adams, Emma Griffin, Molly Griffin, Kinley Griffin, and Blakely Griffin; his loyal and caring brother Gerald Griffin (Tammy); nieces: Ashley Warmuth and Brittany Short. Don was preceded in death by his parents Frank and Helen Griffin In lieu of flowers, please consider a memorial donation to: Westland Baptist Church, 1407 West Grand Parkway South, Katy, Texas 77494. A memorial service celebrating the life of Don Griffin will be held at 11:00 a.m., Wednesday, January 26, 2022, at Westland Baptist Church, 1407 West Grand Parkway South, Katy, Texas 77494.

Don Hayward Griffin, age 71, met his Jesus face-to-face on January 20, 2022, in Magnolia, Texas, surrounded by his son John and daughter Ruth. Don was born on February 22, 1950 in Marshall, Texas, to Frank and Helen Griffin. At the age of 21,... View Obituary & Service Information

The family of Don Hayward Griffin created this Life Tributes page to make it easy to share your memories.

Send flowers to the Griffin family.