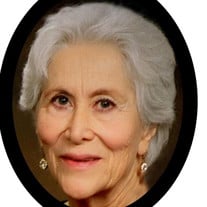 Elsy del Pilar Rosado de Felici, also known as Elsy del Pilar Rosado Mollinedo, 79, passed away unexpectedly on Sunday morning December 29th, 2019 in Montgomery, TX. She was born on April 8th, 1940 in her beloved city of Teapa, Tabasco, Mexico. Elsy was the daughter of Rubelio and Romana Rosado. Rubelio was a rancher and a businessman, although during his lifetime he had many different types of jobs. Romana was a teacher, a seamstress, and a businesswoman. Elsy enjoyed her early years living on her family’s ranch, until her parents began moving back and forth to Mexico City, and then finally decided to get settled in Mexico City. At every opportunity she had, she would go back to Teapa. She loved her Tabasco roots and was proud of her ancestry. Elsy’s childhood was full of love, and she was a very pampered daughter. She loved her parents very much, and took care of them until the day they died. This was especially true for her mother, who lived only a few blocks away from her house in Mexico City. Elsy attended junior high school at the all-girls Junior High School of St. Ignatius of Loyola in downtown Mexico City. She graduated from the public High School #5. That is where she met her lifelong friend, Julie Villafranco. Elsy attended the Universidad Autonoma de Mexico (UNAM) where she graduated as a medical doctor. After finishing the general medical courses, she continued her studies to obtain a Pathology Specialty. After two years, though, Elsy sadly realized she was allergic to chloroform, so she had to start again. Eventually, she obtained her Pediatrics Certification. Elsy was a passionate professional and among the achievements she was most proud of was the fact that she was the first female to graduate as a doctor from her town. She was the doctor who diagnosed the first case of AIDS in her hospital, and she was a founding member of the Association of Female Mexican Doctors (Asociación de Médicas Mexicanas). Elsy met her future husband, Juan Bautista Felici Alonso, one day at the airport when a friend of hers (Ana) introduced Elsy to Juan’s sister. That sister (Mari), in turn, introduced Elsy to Juan. They got married in August of 1974 at the Metropolitan Cathedral in Mexico City. Elsy and Juan have four surviving daughters and sons-in-law, Giuseppina and James Alford, Carla and Fernando Sustaita, Elsy and Steve Bryan, and Smyrna and Eric Le Baron, as well as eleven grandkids. She is also survived by her brother Robinson Rosado, and his family. Elsy will be remembered as a devoted mother. Although she worked a full-time job, she found time to take her daughters to multiple after-school activities. She was a firm believer in continuing education and passed this on to her daughters, giving them strong values to live by. There was never a doubt that her daughters were very important to her. Among her favorite pastimes, Elsy loved to dance, handcraft, and listen to the Marimba. She also had a special place in her heart for animals. She was a perfectionist in all the aspects of her life. In addition to her parents, she was preceded in death by her beloved husband of 38 years, Juan Bautista Felici. Elsy will be extremely missed by her family, her daughters, her grandchildren, her relatives, and her friends.

The family of Elsy Del Pilar Rosado De Felici created this Life Tributes page to make it easy to share your memories.