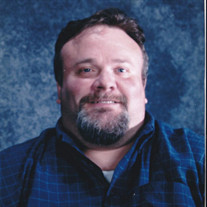 Francis Gerard O’Neill, Jr. (Frankie), 51, died September 4, 2020, with his family by his side in Spring, Texas. He was born April 5, 1969, in Catskill, NY to Frank and Carol O’Neill. Frankie went to St. Patrick’s Grammar School in Catskill, NY. He graduated from Klein Oak High School in Spring, TX in 1987. He attended college at the University of Houston where he earned a Bachelor degree in Science; Master of Science in Administration; Master of Science in Instructional Design and Technology. He was a special education teacher for both the Aldine and Spring Independent School Districts. He was a living example to students, that despite their limitations, they could still achieve their dreams. He was an active member of Christ the Good Shepherd Catholic Church. His interests included family, computers, music, and reading. He devoted much of his time to children, with a special devotion to Joshua, Jessica, Jilliana, Jayci, Hailey, Brooklyn, and Bryson. Family and friends were of great importance to him. He was the bridge connecting all generations of his family. Frankie is survived by his parents Frank and Carol (Overbaugh) O’Neill; sister, Noreen O’Neill; brother and sister-in-law, Brian and Stacy O’Neill; 2 nephews, Jack and Luke O’Neill; aunt and uncle, Ann and Adrian McCrea; uncle, Tommy Nixon; uncle and aunt, Larry and Linda Overbaugh; aunt and uncle, Susan (Overbaugh) and Steve Loughman; aunt, Marion Overbaugh; uncle and aunt, Michael and June Overbaugh; uncle and aunt, Billy and Kerry Overbaugh; 19 first cousins in Ireland and 8 cousins in the United States. He was preceded in death by his grandparents Harold and Marion Overbaugh and Frank and Nora O’Neill; uncle, Joe O’Neill; aunt, Agnes (O’Neill) Nixon; cousins: Eric Loughman, Kevin Rose, and Benjamin Overbaugh (Baby Ben). Special and loving acknowledgement to doctors, nurses, teachers, and friends who helped him live a long, productive life. A Celebration of Life open house will be held on Saturday, September 12, 2020 from 1 p.m. to 7 p.m at his home. Burial will be held in Catskill, NY when Covid restrictions are lifted.

The family of Frank Gerard O'Neill Jr. created this Life Tributes page to make it easy to share your memories.

Send flowers to the O'Neill family.