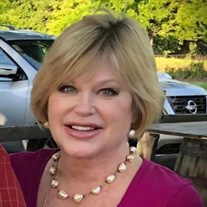 Gaylynn Collins O’Conner March 16, 1959 – November 7, 2021 Gaylynn was born March 16, 1959, in Houston, Texas to Beverly Games Collins and Winston Thomas Collins. She was raised in Spring Branch until the family moved to Michigan in 1965, as Winston took a job there working for Dow Chemical. Two years later, the family returned to Texas and settled in the Dallas suburb of Garland. Gaylynn attended Bussey Middle School and North Garland High School, before continuing to Texas A&M University, where she graduated with a degree in Education, minoring in Biology and French in 1981. Gaylynn is survived by her husband, Mark, whom she married in 2016. They married at a chapel in Las Vegas, in their blue jeans and sandals, perfectly symbolic of Gaylynn’ s carefree spirit. She is also survived by her son John Daniel Schiller III, and former daughter in law Veronica, her daughter Hailey Amanda Schiller and her husband Russell Kelley, as well as her first husband, John Daniel Schiller Jr. She is survived by her mother, Beverly Games Collins, her brother Russell Winston Collins and his wife Cathy, and her sister Joy Collins Rogers, and her husband Woodson. Gaylynn was blessed with four grandchildren, Lydia Schiller, Weston Collin Kelley, Victoria Ryan Schiller, and John Daniel Schiller IV. She was preceded in death by her father, Winston Thomas Collins. Known as Aunt Gaylynn or Aunt Gigi by her many nieces and nephews, she was the life of the party at family gatherings, and her joyful presence will be missed tremendously. Upon graduation from Texas A&M, Gaylynn and John settled in Lafayette, LA, where she worked as an 8th grade Earth Science teacher for a short time, and it was there that their first born, Daniel, was born. They made many lifelong friends there and Gaylynn acquired a love for Cajun culture and cuisine. A few years later, they moved to The Woodlands, where their daughter Hailey was born, followed by a move to Bedford, Texas, where they put down roots for several years, before settling in Kingwood for much of the kids’ formative years. Gaylynn loved being the “homeroom mom”, and she enjoyed driving the kids to and from their various sports practices, games and track or gymnastics meets. The neighborhood kids congregated at the Schiller house, and Gaylynn made dear friends in each of the communities where they lived. When she and John divorced, Gaylynn decided to travel and take some time for herself. After several years working as a pharmaceutical sales rep, she moved to Venice, Italy to study art, one of her deepest passions, as well as immerse herself in the country, its culture and language. She traveled across Europe and Thailand, and ultimately made her way back to the United States. Gaylynn had a genuine gift for learning languages, and became proficient in several, including French, Spanish, Italian and Russian. In 2016, Gaylynn met Mark, and they married after a short courtship and settled in Pinehurst, TX. After traveling to South America together, where their daughter in law was from, the couple decided to retire to Ecuador and moved there in 2019, along with their dog and three cats. She enjoyed the perfect weather there, as well as the culture and the neighbors in her newfound homeland. Gaylynn loved living in the country, and it inspired her to immerse herself in knitting, art and painting again. She was an avid reader and loved to learn. Gaylynn loved without boundaries. She gave her friendship without judgement. She always showed grace, and her spirit brought out the best in those around her. She was the first to laugh, and the last to leave. Her laughter was contagious. She lived life with gusto. She may be gone, but love lives forever. A memorial service will be held for Gaylynn on Friday, November 19, 2021 at 2 o’clock in the afternoon at Cypress Creek Christian Church, located at 6823 Cypresswood Drive, in Spring, Texas. A reception will follow, immediately afterward at the church.

The family of Gaylynn OConner created this Life Tributes page to make it easy to share your memories.

Send flowers to the OConner family.