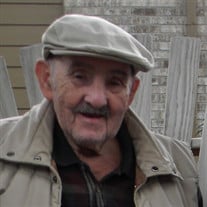 Born on December 6, 1927 to Adele & Herman C. Bradley in New Orleans, LA. At 91 years of age, he went to Heaven to be with the Lord on July 6, 2019 in The Woodlands, TX. Preceding him in death; Father-Herman C. Bradley-July 1, 1983 Mother-Adele Bradley-December 3, 1985 Sister-June Bradley Camos -September 11, 1965 Brother-Robert J. Bradley-April 18, 1991 Son-James A. Bradley, Jr-April 6, 2001 Son-Jason Bradley-August 29, 2014 Daughter-Lindsey Bradley-November 6, 2007 1st Wife-Charlotte Harris Bradley-March 8, 1974 2nd Wife-Janet Hall Bradley-May 4, 2019 He is survived by his son Steve Bradley & wife, Kirsten Bradley and their sons Chris Bradley, Kyle Bradley and wife, Jessica. He is also survived by his daughter Andrea Bradley Christie and husband, Keith Christie and their daughters Brennan Christie Studer husband, Dan , Natalie Christie Eimstad husband, Anders, and Kelley Christie Maker and husband, Jared. He is also survived by his granddaughter Britni Bradley Fountain, husband, Jeremy, grandsons Robert Bradley and wife, Nina, Blake Bradley and fifteen great grandchildren. His Life-After completion of High School in St. Alloysius/Brother Martin Catholic School in New Orleans, where he was a “star” athlete in basketball and track, he enlisted in the U.S. Navy as a “gunner” and flew combat missions on a Privateer Bomber during WWII in the S. Pacific. After the war, he returned to Louisiana where he attended LSU for a short time before moving to Houston, TX to begin working for Anderson Clayton. Shortly after moving to Texas he met his first wife, Charlotte Harris. After the death of his first wife he was remarried to Jan in April 1975. He continued working for Anderson Clayton, which later became the Port of Houston, where he served for over 35+ years and retired in 1990 as Port Manager of the Southside terminals. After retirement, he spent most of his time gardening, socializing with family & friends, mentoring his kids and grandkids, tinkering, inventing things, building tools and gadgets, helping neighbors and lots of fishing. He loved spending time outdoors and he spent many an evening sitting on his patio visiting with friends and family. When he was not sitting on his patio, he was tinkering in his garage, where he was either organizing his tools, or building a “new” tool or gadget that would make his life or others, more efficient. The family was always the 1st to try out his latest invention. When he got bored with things around the house, he turned his sights to the coast. Actually, it didn’t matter which body of water it was, as long as he had a body of water around, he had a fishing pole and he was fishing. He really cherished wade fishing on the Gulf Coast, especially Port O’ Connor with family and friends! His nickname on these fishing trips was “Mr. B”. Every time Mr. B got out of the boat, he came back to the boat with fish, lots of fish! He wade fished until he was 87 years old. We have so many incredibly memories from fishing trips with Dad & Papa. Dad raised us in the church to have a strong reverence for God and respect for others. He was a founding member of St. Edwards Catholic church where he and our family served for many years. Dad was also a member of the Knights of Columbus. Dad lived a wonderful life, and we have all been so blessed for the role model and legacy he left for us. Dad/Papa will be missed greatly, but his memories and legacy will always be a part of our hearts and lives. The thoughts and prayers of the owners and staff of Addison Funeral Home are with the Bradley family and friends.

The family of James Anthony Bradley created this Life Tributes page to make it easy to share your memories.

Send flowers to the Bradley family.