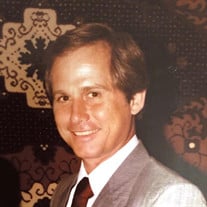 James Michael Taylor was born to Maybin and June Taylor on May 27, 1943 in Houston, Texas. He went by many names to those who loved him most—James, Mike, Michael, Dad, and Pops. Mike passed surrounded by his family on October 6, 2020. Mike is survived by his wife Cindy Taylor; his daughter Tamara Meldahl and spouse Annette; his daughter Paulette Shatara and spouse Jimmy; his daughter Kerra Serratt and spouse Dustin; six grandchildren: James Taylor Shatara; Carson Taylor Meldahl; Kennedy Shatara; Aiden Taylor Serratt, Olivia Serratt; and Hannah Serratt; his sister Callie Richey; cousins Dwight and Taylor Pettit; and a host of cousins, nieces and nephews. Mike was proud to grow up in Denver Harbor attending Eliot Elementary School, McReynolds Junior High, and Stephen F. Austin High School as a member of the 1961 graduating class. Mike then joined the Cougar Nation family graduating from University of Houston in 1966 completing a 5-year program to earn his Bachelor’s Degree in Industrial Engineering. Mike maintained an exceptional commitment to his education resulting in his acceptance into the National Engineering Honor Society. Mike’s college experience also included his admittance as one of the University of Houston co-op students approved to work for NASA. Mike concluded his formal education atUniversity of Houston Law School in 1967. An accomplished professional, Mike’s career included a variety of fields illustrating his drive, purpose, skills, and fervor for life’s experiences. From 1967-1971 Mike taught vocational physics and coached football at San Jacinto High School. In 1973, Mike began his service to Brown & Root as a Materials Division Manager traveling world-wide amounting to 17 different countries. In 1983, Mike worked as a financial consultant at Merrell Lynch where he was recognized as one of the top 200 salespeople in the US in 1989. Mike then went to work for Unisys where his success continued as a computer sales rep. In 1996, Mike’s oldest daughter entered the field of education. Mike’s motivation to work with children to change the path of their lives led him to begin his work for Aldine ISD at Carver High School. Mike started the first magnet program of its kind at Carver, building an AP engineering program. Mike later became certified as an engineering technology specialist. In 2000, Mike was asked by Texas A&M to participate in their Engineering “Aggie 12” program whose mission was to send the top 12 seniors onto Texas A&M upon graduation. Mike proudly recalls Governor Rick Perry visiting his Carver HS program to honor Mike’s efforts, dedication, and success with the magnet school program and the lives of his students. Mike met his sweetheart, Cindy, while at Carver High School. They married in June of 1998 when Cindy became “CJ” to the Taylor family. Mike expressed in his final weeks that he wanted to elaborate on his love for his three daughters. Mike says his greatest successwas becoming a father to Tamara, Paulette, and Kerra. A celebration of Mike’s life will be held at Addison Funeral Home on October 17, 2020 at 12:00pm.

James Michael Taylor was born to Maybin and June Taylor on May 27, 1943 in Houston, Texas. He went by many names to those who loved him most&#8212;James, Mike, Michael, Dad, and Pops. Mike passed surrounded by his family on October 6, 2020.... View Obituary & Service Information

The family of James Michael Taylor created this Life Tributes page to make it easy to share your memories.

James Michael Taylor was born to Maybin and June Taylor on May...

Send flowers to the Taylor family.