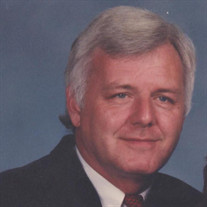 Jimmy Melvin Lewallen, 78, of Conroe, Texas passed away on March 31, 2021 in Houston, Texas. He is survived by his wife, Jeanne Marie Lewallen; daughter, Tracy Lewallen; daughter,Whitney Ortiz and her husband Chris; daughter, Marty Lewallen; two brothers; nine grandchildren; and three great-grandchildren. He is preceded in death by his parents, Floyd and Mary Lewallen, and brothers Billy and David Lewallen. A resident of Conroe, TX since 2007, Jimmy was born on January 1,1943, in Drumright,Oklahoma. He grew up in Tulsa, Oklahoma, the third of five boys. In his youth he delivered a paper route, played the piano, learned to box, and attended Boy Scouts. His older brother, Billy, was his constant companion, and Jimmy’s life was significantly impacted at age eleven when Billy passed away from Polio. Jimmy attended Central High School where he was an athlete and a musician. He also played blues piano in local bands. After high school, he served in the United States Army Security Agency as a high speed Morse Code intercept operator during the Vietnam War era. Following an honorable discharge, he returned to Tulsa and married Jeanne in 1968. They were married 52 years. Jimmy had a long career in sales in both the oil and car industries. He was passionate about many things, most notably the St. Louis Cardinals, all college sports teams from Oklahoma, blues and rock and roll music, and the city of Tulsa. As an adult, he maintained friendships formed as early as Kindergarten, and his loyalty was unwavering. He was an excellent coach, and was proud to have coached all three of his daughters in softball. At different points in his life, his interests in sports and politics led him to write a sports column for his local paper and to host his own opinion talk radio show. Jimmy was an endless resource of facts and trivia gained from his world travels and unique life experiences. He had many colorful stories about his life, which he loved to share with friends, family, and the occasional passerby. He never met a stranger. A viewing is scheduled at 9:30 am on Tuesday, April 13 at Sts. Simon and Jude Catholic Church in The Woodlands, Texas. It will be followed by a funeral Mass at 10:30 am. He will be buried with military honors at the Houston National Cemetery.

The family of Jimmy Melvin Lewallen created this Life Tributes page to make it easy to share your memories.

Jimmy Melvin Lewallen, 78, of Conroe, Texas passed away on March...

Send flowers to the Lewallen family.