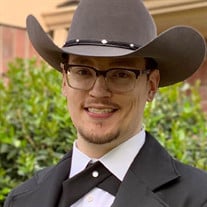 Jimmy Wayne (J.W.) Sharp, beloved husband, father, son, brother, and friend, passed away on October 15, 2021, at the age of 38. J.W. was born on November 14, 1982, in North Richland Hills, TX, to Darrell and Kim Sharp. The oldest of four children, J.W. was a very content child, always observant, and entertaining to those around him. He cared deeply about the feelings of others, and he never complained about anything… even turnip greens. J.W. attended Caldwell High School, graduating in 2001. He played trombone and was drum major for 3 years. He graduated from the University of Houston in 2006, where he majored in Political Science and Chemistry. While in college, he met the love of his life, Leigh Ann Etchison. They were married December 2, 2006, in a small but elegant ceremony at his parents’ home, surrounded by close friends and family members. His love and devotion to his wife was unmatched. He would often refer to her, in the words of Hamilton, as the “best of wives and best of women.” Their love for one another grew richer and deeper in the nearly 15 years that they were married. J.W. was an authentic, compassionate soul as well as a man of deep faith, and his love of his Texas roots only added to his charm. He could never pass up the chance for a debate, especially if it had anything to do with politics. He enjoyed playing video games, was secretly a big softie with animals, had an extensive music collection, and often turned to episodes of Star Trek for wisdom and life advice. He discovered a love for cooking later in life, especially enjoying the times he was able to cook for other people. But although all these things brought him joy, there was absolutely nothing he loved more than being with his three children. Kathryn (age 10), Jacob (age 5) and Morgan (10 months) were the joys of his life, the ones who kept his world spinning, and there is not a father in the world who has more love for his children than J.W. did for his. J.W. is survived by his wife, Leigh Ann Sharp; daughter Kathryn Sharp, son Jacob Sharp, daughter Morgan Sharp; his parents, Darrell Sharp and Kim Sharp; sister, Neely Chapman and husband Nathan; brother Dale Sharp and wife Ashley; brother Bruce Sharp and wife Haley; grandparents, Jim and Ellen King, and grandparents, Jerrell and Wanda Sharp; in addition to many cousins, nieces, and nephews.

The family of Jimmy Wayne Sharp created this Life Tributes page to make it easy to share your memories.

Send flowers to the Sharp family.