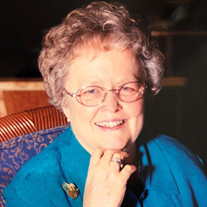 Jo was born July 17, 1939 in San Diego, California and six weeks later moved to High Point, North Carolina. After graduating from High Point High School, she went on to become a registered nurse with High Point Memorial Hospital School of Nursing. She married Richard Barker on August 20, 1960. God gave them the honor of having two children, Rick, and Sonya. Then in 1989, She became Grammie to Amber. She worked for Spartanburg County Health Department for 15 years as a home Health Nurse and then later assisted in opening a hospice program. Then worked 2 years for hospice in Memphis, Tennessee. When they moved to Houston, she worked in home health in medical billing until she retired. She and Richard traveled the world with Exxon retiree club. She loved to go, go, go by playing bunco, other games, and shopping. She is preceded in death by husband Richard, son Richard Jr., Dad, and stepmother QF and Rose Snead, Mother and stepfather Luke and Ann Hadden Robey. She is survived by daughter Sonya, granddaughter and fiancé Amber and Michael, along with numerous nephews, Nieces, cousins, and friends. We would like to thank The Village of Gleanlock Farms and Traditions Health formally hospice with Grace staff. In lieu of flowers, memorial donations may be given to: Louetta Road Baptist Church 8822 Louetta Road Spring, TX 77379 Or Traditions Health 16730 North Eldridge Parkway Tomball, TX 77377 A memorial service will be held at a later date. Please check back frequently for dates and times.

The family of Jo S. Barker created this Life Tributes page to make it easy to share your memories.

Send flowers to the Barker family.