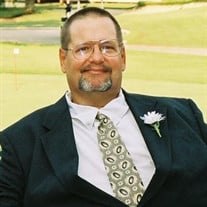 John Thomas Mudd, 66 of Spring, Texas, Died on March 7, 2021 in Spring, Texas He was born on October 7, 1954 to John William and Francis Jeanette Mudd in Saint Louis, Missouri He married Mary Theresa Rother on July 9, 1976 and they had two children... View Obituary & Service Information

The family of John Thomas Mudd created this Life Tributes page to make it easy to share your memories.

Send flowers to the Mudd family.