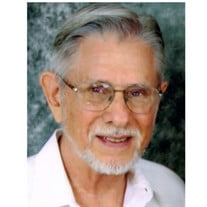 John Earl Werner of Spring, Texas, went to be with his Lord and Savior Jesus Christ on Friday, July 31, 2020, at the age of 80 after several months of declining health. John was born in Oklahoma City, Oklahoma on February 11, 1940, to father Glenn Werner and mother Faybelle Werner. The younger of two sons, he enjoyed spending time with his brother and cousins, playing church league basketball, and running track in high school. After graduating from Enid High School, he went on to Oklahoma State University to pursue a degree in engineering, but realized he was more interested in the sciences and obtained a Bachelor of Science in Physiology. As a young man, he held a number jobs ranging from being a soda jerk, sweeping out silos, and working on a dairy farm to being a waiter on a dude ranch in Colorado. After those varied work experiences, he went to the University of Health Sciences College of Osteopathic Medicine in Kansas City, Missouri, to become a Doctor of Osteopathic Medicine. He completed his internship at Martin Place Hospitals in Detroit Michigan and then became a captain in the United States Army. He served in the Medical Corps stationed for a time at Fort Benning, Georgia, where he met his future wife, a nurse. Prior to getting engaged, he served five months in Vietnam from where he proposed marriage to Ann via an audio recording. John and Ann were married October 17, 1968, in Columbus, Georgia. Early in their marriage, they were transferred to Ft. Hood, Texas and over the next few years, John determined that he was interested in Psychiatry which led them to the University of Tennessee Center for Health Sciences to complete his residency. Thankfully they both enjoyed moving because over the next decades, they lived in five states with a number of moves within Texas, even literally from one side of the state to the other. After 27 years as a psychiatrist helping veterans and their families cope with the various challenges of mental illness associated with their service, he retired from the Department of Veterans Affairs. After retirement, John moved from hobby to volunteer opportunity much like he had moved from job to job as a young man ranging from stamp collecting to volunteering at the local police department. He also enjoyed serving with the Brotherhood of St. Andrews and taking outings with the Upper Crust group at Holy Comforter Episcopal Church. A highlight of his last 17 years was the joy of his granddaughter from her birth to trying to get her to stay still and take a nap, fixing her hair, watching scientific television shows about animals and parasites to sharing his nearly lifelong love of tennis with her. John was survived by his loving wife of nearly 52 years, Ann Crume Werner; daughter, Stephanie Werner Sharp; and granddaughter, Emily Carolyn Sharp along with numerous loving family members and friends. He was preceded in death by his parents and by his brother David Ross Werner. A private memorial service is planned for family only on Wednesday, August 5, 2020, at 4 pm at Holy Comforter Episcopal Church in Spring, Texas. If you wish to make a gift in John’s memory, we invite you to give to the Holy Comforter Episcopal Church building fund or fund for stained glass windows. These gifts can be made at holycomforterspring.org/give or through the mail. ALL SERVICES ARE BY INVITATION ONLY.

John Earl Werner of Spring, Texas, went to be with his Lord and Savior Jesus Christ on Friday, July 31, 2020, at the age of 80 after several months of declining health. John was born in Oklahoma City, Oklahoma on February 11, 1940, to father... View Obituary & Service Information

The family of John E. Werner created this Life Tributes page to make it easy to share your memories.

John Earl Werner of Spring, Texas, went to be with his Lord and...

Send flowers to the Werner family.