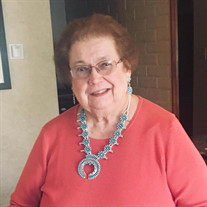 JOYCE ANN CLIFTON, age 78, passed away on October 28, 2020 in Houston, Texas from complications from cancer treatment. Joyce was born in Niagara Falls, New York but grew up in Wyandotte, Michigan and graduated from High School in Medford, New Jersey. She is survived by her loving husband, George Clifton; her son, Bryan Clifton and his wife, Wendy and their children, Carter and Charles; her daughter, Lauren Clifton; her sister-in-law, Kathleen Walker and her sister-in-law, Nancy Jurechko. Joyce was preceded in death by her father, Mike Jurechko; mother, Anita Jurechko; and her brother, Steven Jurechko. Joyce graduated from nursing school at Episcopal Hospital in Philadelphia. Joyce was commissioned as a Lieutenant, Junior Grade in the Navy Nurse Corp in 1965. She served honorably during the Vietnam War at the Naval Hospital in Yokuska, Japan. Joyce also served on the hospital ship, Repose, in Long Beach California. Joyce met her future husband, a young Army lieutenant, in Yokohama, Japan and they married in Redlands, California in 1971. Joyce and George moved to Houston when he began law school. After 10 years of service Joyce resigned her commission at the rank of Lieutenant Commander. Joyce enjoyed gardening, spending time with her grandchildren, and playing Chickenfoot with her friends. She was a loyal Aggie Mom and always rooted for the Aggie and Navy football teams although her husband was a Teasip and rooted for Army. Joyce was a member of Aggie Moms, Northwest Women’s Club, the DAR, San Jacinto Chapter and Colonial Dames XVII Century, Cross Trails Chapter. A celebration of life service will be held at Addison Funeral Home, 18630 Kuykendahl Road, Spring, TX 77379 on Friday, November 6, 2020 at 11:00 a.m. In lieu of flowers, please make a donation to the Houston Aggie Moms’ Club in Joyce’s name.

JOYCE ANN CLIFTON, age 78, passed away on October 28, 2020 in Houston, Texas from complications from cancer treatment. Joyce was born in Niagara Falls, New York but grew up in Wyandotte, Michigan and graduated from High School in Medford, New... View Obituary & Service Information

The family of Joyce Ann Clifton created this Life Tributes page to make it easy to share your memories.

Send flowers to the Clifton family.