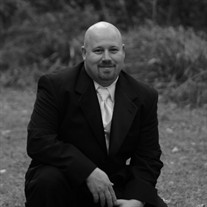 Kelly Wells Kindley, 50, of Spring, Texas, passed away on Thursday, August 19, 2021. He was born on Wednesday, September 8, 1970 in Houston, Texas. He was the third child and only son of Sally and Billy Kindley. Several years later, he became a big brother to his youngest sister. Kelly grew up devoted to playing sports, riding bikes, annoying his sisters, spending time with his many cousins, and enjoyed doing all things boy. He moved north of Houston to New Caney in his early teenage years, and continued playing football through high school. Soon after he graduated from New Caney High School, he started to learn the HVAC business with the help of wonderful mentors who became lifelong friends. In 1995, his oldest daughter, Kynda, who he loved dearly was born. Kelly was known to do other work besides HVAC. For a time, he went into the go-cart business with his oldest and dearest friend, Ben. In 2000, his only son, Koby was born. He continued with his HVAC business, and began traveling doing restoration work. He had a love for animals. His Jack Russel Terroir, Molly, went everywhere with him. A few short years later in 2007, his daughter, Kamryn was born. His greatest joy was his kids. He would do anything for them. He and Koby would watch every UFC fight together that they could, and he and Kamryn treasured going to see Marvel movies as soon as they hit the theaters. His nieces and nephews meant the world to him. He was a favorite and supportive uncle to all his nephews and nieces. He loved life, and enjoy doing many things. He never out grew loving all things boy. He took pilot lessons, liked riding motorcycles, joked around all the time, loved to laugh, but most of all treasured his family. He enjoyed spending time with them as much as possible. Kelly adored his mother, and spent years thinking of inventions with his dad. They loved to come up with ideas, and try to create them together. His love for his sisters, Mandy, Barbara, and Susie, was great. He and his ex-wife, Sherie, maintained a wonderful friendship, and remained a huge part of each other’s families. He and her husband, Brent, called themselves husband in laws. His in laws, Jimmy and Debbie Franklin, thought of him as son. He was kind and generous to everyone he met, and never met a stranger. He spent his life taking care of those he loved, and was always a phone call away to anyone who needed him. Kelly is survived by his children, Kynda, Koby, and Kamryn; mother, Sally Bice; sisters, Barbara Bice and husband Danny, and Susie Singleton and husband Alan; ex-wife, Sherie Thomas and husband in law, Brent; In laws, Jimmy and Debbie Franklin; many nieces, nephews, great nieces, great nephews, and a great great nephew, aunts, uncles, cousins, in laws, and friends that will miss him dearly. Kelly is proceeded by his father, Billy Kindley; sister, Amanda Gustafson; grandmothers, Viola Kindley and Beatrice Clayton; and nephew, Adam Gustafson.

Kelly Wells Kindley, 50, of Spring, Texas, passed away on Thursday, August 19, 2021. He was born on Wednesday, September 8, 1970 in Houston, Texas. He was the third child and only son of Sally and Billy Kindley. Several years later, he became... View Obituary & Service Information

The family of Kelly Kindley created this Life Tributes page to make it easy to share your memories.

Kelly Wells Kindley, 50, of Spring, Texas, passed away on Thursday,...

Send flowers to the Kindley family.