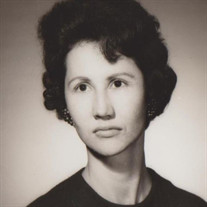 Thelma “Weezie” Louise Hurlbut was born on Oct. 25, 1933, in Malakoff Texas, to James “Cub” Wallace and Leola Lamance Wallace. Louise had a special relationship with her father, accompanying him to rodeos where he performed as a Bulldogger. Louise was always there to cheer him on, they rode together through many a pasture until tragically, she lost her father in 1946 at the age of 12. Louise endured many hardships as a young woman, though she let none of it hold her back and at the age of 12 she began hiding her age and working babysitting jobs in her free time. At the age of 16, Louise again hid her age and began working for a phone company to contribute to the care of her two siblings, J.L. Wallace, and Sandra Starr. Early on Louise developed a hunger for hard work and a strong determined will. She formed long-lasting bonds with a strong group of women she added to over the years, building a sisterhood that would last her lifetime. Louise broke barriers for local women; becoming one of the first ever female UPS drivers, and an active member of an all-women’s baseball team despite the societal opposition of the time. Both are a great source of pride and fond memories for her close girl friends and family. Louise Hurlbut accomplished much in her life, including creating a family of her own. She met her husband, Albert Wadsworth Hurlbut, in 1951 and three months later they were inseparable and happily married. They spent 33 exciting years together, and were blessed with three children: Diane, Michael, and Lisa. Louise was preceded in death by her parents and loving husband. She is survived by her three children, her grandchildren: Jamie, Jeremy, Cheri, Natasha, Kyle, Samantha, Jared, Jacoby, and Great Grandchildren: Shade, Kylie, Clair, Kylie, and Philip. Louise will be remembered with love and adoration; she left a lasting impression of tenderness and affection with anyone she met. Louise was always ready with a hug, a forehead kiss, and gentle hands cradling your cheeks. Louise often said, “Where there’s a will there’s a way.”, a motto that shaped her as a woman, wife, and mother, and influenced her children, family, and friends. She will be missed dearly.

Thelma &#8220;Weezie&#8221; Louise Hurlbut was born on Oct. 25, 1933, in Malakoff Texas, to James &#8220;Cub&#8221; Wallace and Leola Lamance Wallace. Louise had a special relationship with her father, accompanying him to rodeos where he performed... View Obituary & Service Information

The family of Louise Hurlbut created this Life Tributes page to make it easy to share your memories.

Send flowers to the Hurlbut family.