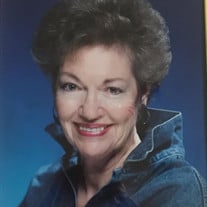 Margaret Inez Stevenson Craig was one of nine children. She was born to Jessie and Walter Stevenson on November 23, 1927 in Crockett, Texas. Her early years were spent picking cotton on the Murray Farm in Lovelady, Texas, with her siblings: Lenora, Fay, Walter (“Junior”), Joyce, Don, Cecil, Linda, and Virginia. She graduated from Austonio High School in 1945. After graduating, Inez moved to Houston, Texas to work. This was during WWII, so women who would otherwise have stayed home to care for the family were performing “nontraditional“ jobs that were held by those men who had enlisted or were drafted to fight in the war. Inez worked all her life — for Borden’s Milk, Nabisco, and Humble Oil (now Exxon Oil). She stayed with Humble Oil until she retired. While working there and after retiring, she was also the co-owner and manager of Craig’s Machine Shop on Airline Drive in Houston. Inez lived a full and beautiful life. On December 3, 1968, she married Othal Dale Craig, who passed away in 1993. They enjoyed running the machine shop together, and in their leisure time, they loved traveling all over the United States in their RV. Inez was an active member of Grace Crossing Community Church of Christ, and she was the example of a true Christian woman. She was an avid reader who loved hardback best sellers, and she was passionate about gardening and being outdoors. During her younger years, she set an example of healthy living by being an aerobics teacher, and she always tried to live the healthiest life possible. Inez enjoyed spending time with her family and friends, she was always there for anyone in need, and she became the matriarch of the family. Inez was a great listener, so interested in the ups and downs of our lives. She loved us even when. Inez treasured her animals as if they were her children, and she provided a loving home for her fur babies: Susie, Sammy, Checkers, and finally, Heidi. Inez is survived by her brother, Cecil Stevenson, and his wife, Donna; her brother, Don Stevenson, and his wife, Florence; her sister, Linda Stevenson; her sister-in-law, Della (“Smitty”) Stevenson; and many beloved nieces and nephews. In fact, one those nieces, Karen Fillman, became the daughter she never had. She is also survived by her stepson, Dennis Craig, and his wife, Gayle; her daughter-in-law, Connie Smith, and her husband, Randall; her granddaughter, Christina Strban, and her husband, Steve; and her beloved “grands:” two grandchildren, five great grandchildren, and three great-great grandchildren. Inez was preceded in death by her parents, Jessie and Walter Stevenson, her husband, Othal Dale Craig, her grandson, Dennis Michael Craig Jr; and her siblings: Lenora, Fay, Walter Jr, Joyce, and Virginia.

Margaret Inez Stevenson Craig was one of nine children. She was born to Jessie and Walter Stevenson on November 23, 1927 in Crockett, Texas. Her early years were spent picking cotton on the Murray Farm in Lovelady, Texas, with her siblings:... View Obituary & Service Information

The family of Margaret Inez Craig created this Life Tributes page to make it easy to share your memories.

Margaret Inez Stevenson Craig was one of nine children. She was...

Send flowers to the Craig family.