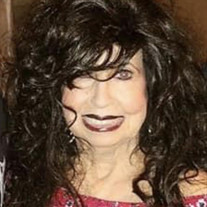 Marilyn Kay Post, affectionately known as Tiffany, passed away on 2-15-22 at 2:31pm, surrounded by her family. She was born in Bloomington, Indiana on September 25th, 1933. She spent the majority of her childhood in Terre Haute Indiana, and attended elementary and junior high there. She moved to Nederland, Texas when she was sixteen and graduated from Nederland high school in 1952. It was there that she met Joe Sibley. They were married August 1st, 1952 and had 5 children together. When she was younger, she worked at a sewing factory. Over the years we heard many stories about her adventures there. Later, she worked for the Spring Branch ISD for over 20 years. In 1993, she began working at Houston Northwest Medical Center. She retired in 2016 after 23 years. It was there she met many close friends. Even after retirement, she missed it so much . In 1993, she met the love of her life Mark Post. They were together 29 years, and were married on September 27th, 2013. She was preceded in death by her parents, Thelma Odell Lindsey, and John Richard Lindsey. Her two brothers, Donald Dean Lindsey and Stephen Dale Lindsey. She is survived by her husband Mark Post. Her 5 children , Mike Sibley (Beth), Randy Sibley (Mariza), Terri Bollinger (Kevin), Becki Souder (Neil), and Joni Baker. Her stepchildren, Mark Post II and Mathew Post. Her 6 grandchildren, Tyson Bollinger, Jessica Manning (Jake), Randy Jacobs (Amy), Dustin Jacobs, Jamie Tristan (Dustin), and Michael Ward. Her 10 great grandchildren, Ava, Josie, Eli, Milah, Rylan, Caden, Oliver, Raeyn, Bobbie, and Teddi. She is also survived by two brothers, Ronald Richard Lindsay ( Ann) and Michael Allen Lindsey, numerous nieces and nephews, and her cats that she adored so much, Max and Gracie. Our beautiful mom loved life and lived it to the fullest. Her family and friends were everything to her. There will never be another one like our mom. She was truly one of a kind , a free spirit, and will missed by so many . Please join the family for a reception following the funeral service will be held at 12714 E Citrus Rose Ct Cypress Tx 77433.

Marilyn Kay Post, affectionately known as Tiffany, passed away on 2-15-22 at 2:31pm, surrounded by her family. She was born in Bloomington, Indiana on September 25th, 1933. She spent the majority of her childhood in Terre Haute Indiana, and... View Obituary & Service Information

The family of Marilyn Kay Post created this Life Tributes page to make it easy to share your memories.