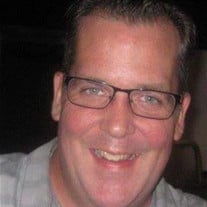 It is with great sadness we announce that Michael Anthony Haynes passed on Wednesday, October 2, 2019. Born on November 8, 1971, in Houston, Texas, Mike was in his 47th year. He was married the love of his life, Isabella, on October 14, 2000. Born and raised in Houston, Texas, Mike graduated from Aldine High School in 1990. An avid athlete with great presence, he began working in the restaurant industry, where as fate would have it, he would soon meet his bride to be. A hard worker and constant beast of burden, Mike sought and accepted the challenges in the industry. Eventually taking his talents to work for one of the world’s most successful restauranteurs, Mike gained national recognition and accolades in his ability to open and operate new stores around the country. After years of establishing restaurants and building successful wine lists in some of this country’s finest steak houses, Mike returned to managing one of the gem restaurants in The Woodlands. The constant teacher, trainer and perfectionist, Mike enjoyed the challenges that each store presented. He married his long time love, Isabella Haynes, in fabulous Las Vegas on October 14, 2000, where they settled on the north side of Houston. With quick wit and an infectious smile, together with his expert mixology of spirits, he was a walking entertainer and good times followed everywhere Mike travelled. He was a sports enthusiast, and enjoyed Houston’s professional sports teams, and he was also the proud father of more pets than he ever wanted. It would be difficult, if not impossible, to find a picture of Mike in which he was not smiling, laughing or otherwise appreciating life. He enjoyed the finest steaks and wines this world has to offer; so much so, that his heart threw in the towel much too early. He will be forever remembered for his boisterous laughs, caring heart, strong embraces and unconditional friendship. Although our hearts are heavy, we will celebrate his life. He was a friend to all, a loyal and loving husband, and a good person. He is survived by his wife, Isabella, mother, Gail Ruth Ross, father, Jerry Ray Haynes, older sister Pamela Sue Wiswell and her husband Kenneth Wiswell, twin sister Michelle Leigh Ayotte and her husband Mike Ayotte, brother-in-law David Baranowski and his wife Melinda, and little sister he never had, Angela Baranowski Basye and her husband Justin Basye, and he will be missed by many more. Family & friends are invited to attend visiting hours on October 8, 2019, from 10:00 a.m. to 11:00 a.m., at Addison Funeral Home, 18630 Kuykendahl Road, Spring, Texas 77379, with memorial service to follow The Addison family and staff extend our heartfelt condolences to the Haynes family in their time of loss.

It is with great sadness we announce that Michael Anthony Haynes passed on Wednesday, October 2, 2019. Born on November 8, 1971, in Houston, Texas, Mike was in his 47th year. He was married the love of his life, Isabella, on October 14, 2000.... View Obituary & Service Information

The family of Michael Anthony Haynes created this Life Tributes page to make it easy to share your memories.

It is with great sadness we announce that Michael Anthony Haynes...

Send flowers to the Haynes family.