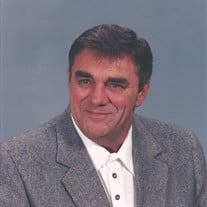 Michael was born in Lumberton, North Carolina into a show business family. His parents, William Murl Webster and Alethea Jeanne Goodman Webster, were the owners/producers/operators of what would be the last of the travelling medicine shows. He was third generation show business, which means the family business had already crept into the blood line. This is important to know, because it explains a lot about Michael’s personality—his ability to tell the big story, reach for bigger dreams, always command a bigger presence. He spent his childhood summers travelling the south with the family show; winters were spent in Waco, Texas. Later the family moved to Houston. At 17, he joined the Navy and was always proud to have served in the military. After returning to civilian life, he succeeded in careers operating body shops and an automobile appraisal business and, in later years, in selling manufactured homes. When the family business morphed from “singers, dancers, that’s our game; family entertainment that’s our name” to the “pitch” business, always an integral part of the medicine show, Michael found a true calling. He and his brother, David, joined their dad, Murl, in finding just the right products, demonstrating them at fairs, rodeos, festivals, even Walmarts, and traveling across the country to draw the curious to more than a purchase, but into awe and entertainment. He was considered the best among pitchmen by his peers. Proudest of his three children, Brandie Webster, Michael Webster, and David Webster, and his grandchildren, Haytham Oeid, Jonah Webster, and Kameron Webster, more than anything, their accomplishments were always on his lips. He was a generous man, always willing to help anyone with a need. Giving back to those who had given to him, he was also a strong supporter over the last 20 years of AA. But those who knew Michael well knew these things about him: he loved his family, he loved God, he knew he would see Jesus one day. He was a good son who looked after his parents and never got over missing them. He recently told his grandson, Haytham, that he really missed his mom and dad and was looking forward to seeing them again. Michael was a stalwart believer who read his Bible, listened to preachers of the Word and prayed. He loved God, believed in the gracious salvation of Jesus and knew he was going to heaven. He is now resting in the peace of the Lord. In addition to his children and grandchildren, Michael is survived by his sister, AnnA Webster DeMoss, his brother and sister-in-law, David and Kay Webster; daughter-in-law, Julie Kirby, nieces and nephews, Angela Webster Hill and Mark Hill, Rainy DeMoss Gibbs and Brian Gibbs, Axel Minard, Olivia Gibbs, Meyer Gibbs and Ford Hill; by extended family Ben Duran, Glavon Wheeler, Cynthia Fuller and Carmen Goodman. He is preceded into heaven by Murl and Jeanne Webster and Tom DeMoss.

Michael was born in Lumberton, North Carolina into a show business family. His parents, William Murl Webster and Alethea Jeanne Goodman Webster, were the owners/producers/operators of what would be the last of the travelling medicine shows.... View Obituary & Service Information

The family of Michael Murl Webster created this Life Tributes page to make it easy to share your memories.

Michael was born in Lumberton, North Carolina into a show business...

Send flowers to the Webster family.