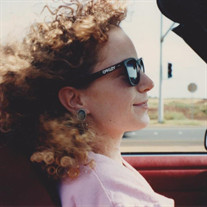 On the evening of November 10, 2021, Nicola Sandra Matthews died suddenly at the age of 52 in The Woodlands, TX surrounded by her family and close friends. Nicola (Nicky) was born to Theresa Galvin and Lawrence Fry as the youngest of eight on July 30, 1969 in Coventry, England. Her childhood was spent in England until the age of 13 with her seven siblings until both of her parents had passed. Her sister, Susan Chance and brother-in-law, Ron Chance adopted her out of foster care shortly after. She then began her life in the United States after relocating to San Antonio, TX where she attended Randolph Highschool. Not long after she would meet Oliver Matthews III (Jay) who would become her husband and best friend. Nicola served in the U.S. Military under the branch of the Army and relocated to Honolulu, Hawaii soon after graduation from Highschool. Oliver and Nicola were married in Texas on March 26, 1989 (Easter Sunday) before moving to Oahu and would spend the next 5 years there. During Nicola’s second term in the army she learned of her pregnancy with twins Lauren and Connor and would give birth on November 11, 1992. She and Oliver were overwhelmed with joy and could not wait to start their lives together in Texas. When they arrived, Nicola began attending University of Houston, studying journalism and public relations. She was always a social butterfly and had a knack for creativity. Nicola and Oliver would raise Lauren and Connor in Spring, TX where they built a loving and close-knit home. Nicola loved spending her energy helping others and giving those close to her joy in any capacity. Whether it be her humor, knack for gift giving or just being there as a friend. She always followed through on plans she made and was always looking for ways to make her loved ones feel special. Nicola was an amazing spirit, a beautiful woman, kind hearted and authentically her. That’s what made her such a gift to those that she touched. Nicola will be remembered in her family and friends’ hearts forever as someone they could count on, someone they could laugh with and someone that was an incredible energy to be surrounded by. Nicola is preceded in death by her Mother Theresa, her Father Lawrence, and brother David. She is survived by her Husband Oliver, her two children Lauren and Connor and her brothers and sisters; Susan, Terry, Leslie, Bernard, Gaynor, and Kate, as well as several cousins, nieces and nephews. FAMILY'S REQUEST, PLEASE DO NOT SEND ARRANGEMENTS THAT INCLUDE LILY FLOWERS, DUE TO ALLERGIES. Thank you.

On the evening of November 10, 2021, Nicola Sandra Matthews died suddenly at the age of 52 in The Woodlands, TX surrounded by her family and close friends. Nicola (Nicky) was born to Theresa Galvin and Lawrence Fry as the youngest of eight on... View Obituary & Service Information

The family of Nicola Sandra Matthews created this Life Tributes page to make it easy to share your memories.

Send flowers to the Matthews family.