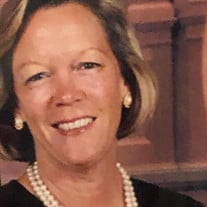 Pamela Plumly Harris, a native of Beaumont, Texas passed away peacefully at home on March 26, 2021 after a battle with dementia. She was born June 27, 1949 to Patricia Carolyn Graham and Henry Curtis Plumly. Pam lived in Beaumont until 1962 when her family moved to Los Angeles, California. At the age of 16, Pam lost her mother suddenly and she and her two sisters were adopted by their Uncle William Edward Graham (Uncle Billy). Pam graduated from University High School in 1967 and Santa Monica College in 1970 with a nursing degree. Pam worked as a medical assistant with multiple private practices and was well loved by the doctors and patients alike. In December 1986, Pam gave birth to her daughter, Carolyn Elizabeth. In 1992, she met Bill Harris and were married in 1997. The family lived in Culver City, California until 1999 when they moved to Palm Desert, California. Pam was involved in her church, Saint Margaret’s Episcopal Church, where she was a wedding coordinator and worked with the youth groups. The family relocated to Spring, Texas in 2008 for her retirement. Pam loved to travel, with 6 cruises, two month long trips to Europe, and many trips through out the U.S. Pam was preceded in death by her mother, Carolyn (1965), her father, William E. Graham (2006), older sister, Patricia Smith (1997), and half brother, Curtis (2019). Pam is survived by her husband of 25 years, William Harris, daughter Carolyn Levine Sue (J.D.), stepchildren Stephanie Rose Harris and William Jack Harris (Lisa), granddaughter Olivia Rose Harris , sister Paula Curtis Acquarulo (Frank), nephews John Smith (Melanie), Austin Plumly, Frank Acquarulo (Karen), niece Tracey Acquarulo, and great nieces and nephews Graeme Smith, Gracie Smith, Willow Plumly, Alexandra Acquarulo, Justin Acquarulo, Jenna Acquarulo, and Kylie Acquarulo. All the children in her and her son-in-law’s families affectionately referred to her as Aunt Granny. The family would like to extend a special thank you to Physicians Group of the Woodlands, specifically Melissa Allen, Pam’s wonderful PA for her wonderful care of Pam for the past 14 years and all members of Bristol Hospice for making Pam comfortable at home until her passing. We would also like to thank our families, the Sue Family, and Pam’s lifelong best friends, Terry Steele and Michele Ghiatis for their continued love and support. Services will be held at the Harris family home on October 23, 2021. Graveside interment will be held in Beaumont the following day at Magnolia Cemetery at the Graham family plot. In lieu of flowers, the family would prefer donations be made to the Dementia Society of America in Pam’s name. The Addison family and staff of Addison Funeral Home extend condolences to the Harris family and friends during this difficult time.

Pamela Plumly Harris, a native of Beaumont, Texas passed away peacefully at home on March 26, 2021 after a battle with dementia. She was born June 27, 1949 to Patricia Carolyn Graham and Henry Curtis Plumly. Pam lived in Beaumont until 1962... View Obituary & Service Information

The family of Pamela Plumly Harris created this Life Tributes page to make it easy to share your memories.

Pamela Plumly Harris, a native of Beaumont, Texas passed away...

Send flowers to the Harris family.