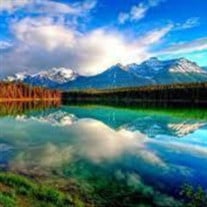 Richard Ira Grimm, 61, a long-time resident of Shenandoah, Montgomery County, Texas, passed away peacefully at his home 6 September, 2021.. Richard was born 20 June 1960 in Houston, Harris County, Texas to Ernest Allan and Carolyn Dowden Grimm, the third of their three sons. He proudly served his country in the 82nd Airborne Division of the of the United States Army. He was deployed to Grenada during “Operation Urgent Fury” in 1983, and was also a part of the 420th Engineers. He was honorably discharged after six years in the military. After returning to civilian life, Richard sharpened his skills as a chef and continued that trade for around forty years. He also worked for a brief time in construction work and roofing. Richard was quick-witted and always had a joke or story to tell. He loved his family very much. Preceding Richard in death were his father Ernest Allan Grimm, his step-father Robert Jamail, his two older brothers Randall Ernest Grimm, and Robert Allan Grimm, paternal grandparents Ernest Andrew and Murrell Russell Grimm and maternal grandparents, Walter Ira and Agnes Jewell Green Dowden. Left to mourn are his wife of thirteen years, Theresa Lynn Alexander Grimm, his mother, Carolyn Dowden Grimm Jamail, and step-children Richard and Curtis Adams of Cameron, Texas, Bobbie Leeann Moore of Beaumont, Texas and step-grandson Austin Gene LaStat Moore of Kilgore, Texas . Surviving also are sister-in-law Sandra Hernandez Grimm, niece and nephew Lillian (Kenneth Gaudin) of LaMarque, Texas and Allan Thomas Grimm of Conroe children of his brother Randall. He leaves also his nieces Julie Vasquez (husband Uriel) and Sara Ashley Marciani (husband Enea) and nephew Christian Tyler Grimm (wife Samantha), children of his brother Robert, and Tyler’s children Noah, Scarlet, and Violet Grimm, all of Houston. Also left behind are brother-in-law James Alan Alexander (wife Deborah) and family of New London, Texas where Richard loved to barbeque for many family reunions. Richard will long be remembered by all who knew him, and he will be greatly missed. He is to be buried at Houston National Veterans Cemetery in Houston following a private family service. His family asks that in lieu of flowers, donations be made to the church or charity of your choice. No services are being held through Addison Funeral Home.

The family of Richard Ira Grimm created this Life Tributes page to make it easy to share your memories.

Send flowers to the Grimm family.