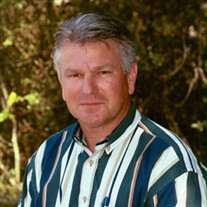 Richard Earl Platt was born on January 22, 1954 in Beaumont, Texas. On Saturday, July 11, 2020, Rick’s Lord and Savior called him peacefully home (John 14), at the age of 66 years, while surrounded by his beloved family. Rick fought the good fight, kept the faith and lived to bring glory to God. (2 Timothy 4:7, 1 Corinthians 10:31). Rick was a loving husband, and devoted father. He was a family man and his family meant so very much to him. He loved people, and was a friend to all. He genuinely connected with people, even strangers, remembering them and their stories, with a heart to serve and journey alongside others. Through his love for Jesus, he served The Lord by passionately serving people and our community. Rick was a founding member, an elder and pastor at WoodsEdge Community Church, and served in many other roles there, too. Known for his warmth and genuine ways, he was always quick to encourage and give others a warm hug. He used his God given gifts to connect with people and bring people together. He graduated from Klein High School in Spring, Texas, in 1972, where he played football and other competitive sports. He was a lifelong adventuresome outdoors man, golfer, and fisherman. He enjoyed playing, coaching and cheering for all things sports. His hobbies included woodworking and working with his hands and mind. He could fix almost anything, and had years of experience as a mechanical contractor. He was an entrepreneur, natural teacher and loved to see others grow. He strived for personal excellence and to help others do the same. He was a mentor, role model and friend to many. He was a loving son, son in law, big brother, brother in law, father in law, and Pop. He led by example, and displayed perseverance, no matter the challenge. Rick was preceded in death by his father, Shelton Eugene Platt. He is survived by his mother, Pauline Alida Akin, his wife, Cynthia Hoffman Platt; their son, Travis Platt and his wife, Andrea, and their daughter, Alaina Platt. His daughters, Deanna and her husband, Michael DeLeon, Maleah Latta, and their mother Kathy Platt; his grandchildren, Ethan Higgins, Emma Higgins, Cameron Cargle, Avery Latta, Everett Higgins and Baby Platt (due 1/2021); his sister, Alida Lott and her husband, Robert Lott; his brothers, Doug Platt, and Darrell Barnes and his wife, Shelley; and many nieces and nephews. The funeral will be held at WoodsEdge Community Church, 25333 Gosling Road, Spring, Texas 77389, on Thursday, July 16, 2020. Visitation starts at 10 a.m., with the service starting at 12 p.m. Burial will follow at The Pinegrove Cemetery, in Corrigan, Texas. Addison Funeral Home is making funeral arrangements.

Richard Earl Platt was born on January 22, 1954 in Beaumont, Texas. On Saturday, July 11, 2020, Rick&#8217;s Lord and Savior called him peacefully home (John 14), at the age of 66 years, while surrounded by his beloved family. Rick fought the... View Obituary & Service Information

The family of Richard Earl Platt created this Life Tributes page to make it easy to share your memories.

Send flowers to the Platt family.