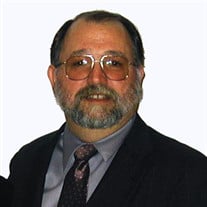 Ronald Manning 67, passed away unexpectedly on Friday, April 16, 2021 at his home in Spring, TX. He was born July 5, 1953, to Leonard and Edna (Collins) Manning in Dayton, Ohio. He grew up in Springboro, Ohio. During his high school years, he was on the varsity football and track teams. where he set several Ohio State running records. He graduated from Springboro High School in June 1971. After high school, he joined the Air Force and was initially stationed in Plattsburgh, New York, where his daughter Michelle was born. Subsequently, he was stationed with the Red Horse Civil Engineering Squadron in the Philippines and Thailand during the Vietnam War. He rose to the rank of Staff Sargent. He was so proud of his country and was honored to represent the United States. He felt the military was an excellent place for a young man to build character and get ahead in life. After seven years, he left the Air Force to begin his civilian life as a building contractor owning his own business in Tennessee. Once the oil crisis hit, the collapsing building industry forced him to find a different career, so he moved to Florida and began his career with Pinellas County. There he met his future wife Mary V. Sayre, and in December 1984, married her in St. Petersburg, Florida. Ron held carious positions in Pinellas County Facilities Management in Clearwater, Florida. He retired in April 2015 as the Senior Director of Facilities Management for Pinellas County. Ron worked there for over 30 years and loved the excitement of managing over 1 million square feet of real estate for the county. Upon retirement, he elected to join his sister in Texas in mid-2015. He was predeceased by his mother, Edna Manning, and his father, Leonard Manning. He is survived by his wife, Mary Manning, and his sister, Christa (Manning) Titus, married to Jonathan Titus and their child, Alexys Titus, as well as his daughter, Michelle Zachery. Through Michelle, he has five grandchildren. Additionally, he has four stepchildren, Rebecca Sayre, Michelle Edwards, Michael Sayre, Melissa Sayre, and multiple grandchildren and several great-grandchildren. He was particularly close to two of his grandchildren, Corbin Michael Sayre, and Jonathan David James Sayre, whom Rod called his boys, and they called him Daddy Ron. Throughout his life, Ron wore many hats: son, brother, husband, father, grandfather, employee, supervisor, and friend. In each role, he was a treasured asset. To his family, Ron was the best brother, son, father, and grandfather, anyone could hope for. To his friends and colleagues, he was a no-nonsense leader, but with a kind word, a laugh shared, and a generous heart. Finally, the Manning, Sayre, and Titus families would ant to take this opportunity to thank all of you that helped him achieve his life goals. Thanks for your patience, love encouragement, and assistance in making his life filled with so much happiness. His was a life well lived. The funeral service will be held on Friday, April 23, 2021, at 2:00 p.m. at the Fellowship of Champions Church, 16707 Squyres Rd, Spring, TX 77379. Interment will follow later at the Houston National Cemetery, 10410 Veterans Memorial Dr, Houston, TX 77038. In lieu of flowers, please donate to the St. Jude’s Children Hospital.

Ronald Manning 67, passed away unexpectedly on Friday, April 16, 2021 at his home in Spring, TX. He was born July 5, 1953, to Leonard and Edna (Collins) Manning in Dayton, Ohio. He grew up in Springboro, Ohio. During his high school years, he... View Obituary & Service Information

The family of Ronald Manning created this Life Tributes page to make it easy to share your memories.

Send flowers to the Manning family.