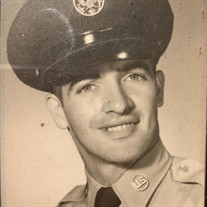 Rondal Marvin Craig, 86, of Houston, TX passed away peacefully on March 3, 2021, and is reunited with his soulmate of 60 years, Ruth Craig. Ron was a committed husband, father, grandfather, friend to many. He was born to parents Victor and Evelyn Craig, on September 22, 1934, in Blytheville, Arkansas. Ron was raised in San Antonio, Texas and graduated from Brackenridge High School. He went on to serve in the United States Air Force from 1956-1962. While stationed in Kitzingen, Germany, he met the love of his life, Ruth Kylssek, riding her bike down the hill he was on. This later became a story he cherished and always remembered to tell even when he later struggled with Dementia. He married Ruth and returned to the states in 1961. He joined his stepfather Chet Garner and brother-in-law Bryon Klein in working at Garner Instrument Company in Mineral Wells, Texas in 1962. They moved the business to Amarillo, Texas soon after that where he worked until 1992. In 1992, Ron moved to Houston to work at Luling City Market, a family-owned restaurant where he retired proudly in 2017. Apart from the professional accomplishments he achieved, Ron loved spending time with his family and friends. Ron excelled at billiards, square dancing, the great outdoors (fishing, mountains, beach), creating wood crafts, and coaching kids in track and softball. To those of us that loved him, he will be remembered as a hard-working and big-hearted man that we could all rely on for a laugh or smile when needed. As most people who knew him know, he was full of life, and one of his favorite phrases was “yeee haw”. Ron was a devoted father and will be very missed by his three children, Patrick Craig and his wife Tammie of Tomball, TX, son Kurt Craig and his wife Daniele Teyssandier of Houston, TX and daughter Suzy Ward and her husband, Mark of Spring TX. He is also survived by sister Barbara Klein and brother David Craig. Ron was also a proud grandfather (Opa) to Krystin Scott, Kacy Craig and Taylor Craig and great grandfather to Peyton Scott, Stella Craig, and Maggie Craig. He will also forever be remembered by his brother-in-law and sister-in-laws, and many nieces and nephews. Ron was preceded in death by his parents, Victor and Evelyn Craig, and wife, Ruth Craig. A celebration of life service will be held on April 3, 2021 from 2:00PM - 4:00PM. The family insists that people make donations in support of Dementia Society of America, in lieu of sending flowers.

Rondal Marvin Craig, 86, of Houston, TX passed away peacefully on March 3, 2021, and is reunited with his soulmate of 60 years, Ruth Craig. Ron was a committed husband, father, grandfather, friend to many. He was born to parents Victor and... View Obituary & Service Information

The family of Rondal "Ron" M Craig created this Life Tributes page to make it easy to share your memories.

Send flowers to the Craig family.