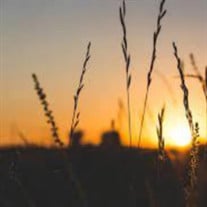 Thomas Ward Moore passed away September 8, 2021, in Houston, Texas at the age of 86. Tom was born December 29, 1934, in St. Albans, West Virginia of Mell Ross and Theosia Ward Moore and was the youngest of four children including Harry Ross Moore, Richard (Dick) Vernon Moore, and Mary Reba Moore. Tom attended first grade through high school in Galveston, Texas, and graduated from Texas A&M University where he served as an Aggie Corps Cadet (Army Division) and received a bachelor's degree in Geophysical Engineering. After graduation, he was employed by Schlumberger as a Geophysicist, specializing in surveying oil and gas resources in the petroleum industry. Tom was with Schlumberger the duration of his career and retired in the mid-80s as Vice President of Gulf Operations in Houston, Texas after living in Corpus Christi, Texas, Dickenson, Texas, Morgan City, Louisiana and New Orleans, Louisiana. Earlier in his start, Tom worked on drill sites in the Northwest Territories of Canada and west Texas. In Midland, Texas, he met local school teacher Beverley Wylinna Hokett at the United Methodist Church. It was love at first sight and they married in June of 1965, celebrating 56 years of marriage this year. They have two children: Lyndahl Patricia Moore (Lyndahl Moore Bellwood) and Melodee Kay Moore (Melodee Moore Sadeghi). Tom traveled abroad and planned many a family vacation but was most content at home spending time tinkering in his garage metal shop. He was a voracious reader of history and loved classical music, nature, and animals great and small. Tom was active in many clubs over the years including the Houston O Gauge Society, Houston Area Live Steamers, and most recently, the Houston Metal Shop Club where he twice acted as President. Tom was a brilliant, dry-witted gentleman with a wonderful sense of humor and a beloved husband and father. He will be greatly missed. He is survived by his wife Beverley, daughters Lyndahl and Melodee, sons in law William Oliver Bellwood and Billy Don Whittington, grandsons John Thomas McConnell and Calian Shayon Sadeghi and eldest brother, Harry Ross Moore. The family would like to thank those who visited Tom the past few months and everyone for their prayers and support.

Thomas Ward Moore passed away September 8, 2021, in Houston, Texas at the age of 86. Tom was born December 29, 1934, in St. Albans, West Virginia of Mell Ross and Theosia Ward Moore and was the youngest of four children including Harry Ross... View Obituary & Service Information

The family of Thomas Ward Moore created this Life Tributes page to make it easy to share your memories.

Send flowers to the Moore family.