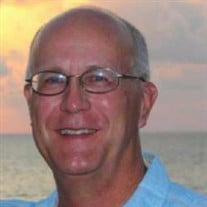 Thomas Carey Ryan, 66 of Spring, Texas, passed away at 3:45p.m. September 15, 2020 at Tomboll Regional Medical Center. Tom was born on April 16, 1954 to James W. Ryan and Joan C. Ryan of Canton, MO who preceded him in death. Survivors include: Three Children, Mathew Carey Ryan of Spring, TX; Jenna Benton Ryan (Grandsons: William, Connor and Bradan Benton) of Houston, TX; Alex Paul Ryan, also of Houston. Brothers: Nick Ryan (Karen) of Blue Springs, MO; James Ryan (Vicki) of Davenport, IA. Sisters: Linda Vlahovich (Gary) of Jacksonville, FL; Cindy Griesbauer (Mike) of Independence, MO; in addition, his partner Anne Mathis of Soddy Daisy, TN. Eight nieces and two nephews from Florida, Texas, Iowa, Missouri and Wisconsin all loved their uncle unconditionally. After graduating from Canton R-V High School, Tom attended Culver Stockton College from 1972-1975, graduating Cum Laude with a Bachelor of Science in Business Administration. After graduation from Culver, he attended Rolla School of Engineering, completing a Civil Engineering Degree in 1977. Tom led an active school life as a member of Phi Kappa Phi Academic Honor Society at Culver-Stockton, then Tau Beta Pi Engineering Honor Society and Chi Epsilon Civil Engineering Honor Society while attending Rolla. Tom was an especially active member of Tau Kappa Epsilon Fraternity from 1972 with continuing financial support after graduation. An entry hall plaque gratefully acknowledges his generosity. Tom continued his Culver Stockton philanthropy over the past 14 years, contributing to many campus programs and scholarship funds. His 40 year career with Exxon and Exxon-Mobil was an exciting global adventure, including five years in Lagos, Nigeria where he and his partner, Anne experienced a memorable big animal photo safari, swimming with sea creatures, and immersing themselves in the country’s culture from food to fashion. In addition, Tom and Anne shared several travel adventures to Europe, but most of all, they enjoyed their opportunities to share family times. Tom had three children with Billie Hoffman during their marriage (1979-2008). He adored his children and shared his passion for soccer and basketball with each of them. From 1986-1992, Tom helped coach his children’s soccer teams at the Columbine Soccer Club of Colorado. He was so passionate about this sport that he continued his involvement from 1994-1999 with the Wolverines team through Klein Soccer Club after his children moved to select soccer programs. During the last two years of his life, he continued his love affair with soccer by coaching his grandsons. Tom believed in community involvement and volunteering with United Way Day of Caring. He was generous with his time and money to many other charities, as well. Tom attended St. Edwards and Christ the Good Shepard Catholic Churches in Spring, TX. A celebration of Tom’s life with family and friends will be held in Kansas City, MO. The date and time is yet to be determined.

Thomas Carey Ryan, 66 of Spring, Texas, passed away at 3:45p.m. September 15, 2020 at Tomboll Regional Medical Center. Tom was born on April 16, 1954 to James W. Ryan and Joan C. Ryan of Canton, MO who preceded him in death. Survivors include:... View Obituary & Service Information

The family of Thomas Carey Ryan created this Life Tributes page to make it easy to share your memories.

Send flowers to the Ryan family.