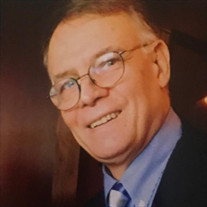 William Andrew Cook, M.D. passed away on December 24th at Methodist Hospital in Houston, Texas, after a prolonged illness. Dr. Cook was born in Charlotte, NC to the late Jane Timmons Cook York and A. J. Cook on April 26, 1946. Dr. Cook grew up in Badin, North Carolina where he made lifelong friends including the late Roger Galloway. He attended Albemarle High School in Albemarle, NC. He served as a page in the U.S. Senate for Sam Ervin. He was the senior class president at Albemarle High School in 1964. Dr. Cook, (Andy to many) attended college at the University of North Carolina Chapel Hill where he received his bachelor’s degree and ultimately, his M.D. in 1972. He did his surgery internship in Anatomical Pathology at Vanderbilt in Nashville, TN. He did residencies in Internal Medicine and Dermatology at the University of Texas Health Services. From 1975-1978, Dr. Cook was Director of St. Thomas Hospital Emergency Room. For over thirty years, Dr. Cook was owner and chief practitioner at Dermatology Associates in Houston. He was ably assisted and supported by his Office Manager, Barbara Nguyen, who provided many years of loving service. Her family accepted Dr. Cook as part of their family. Dr. Cook was much loved by the patients he served. He was a good listener, a pain-staking researcher and was never in a hurry. He spoke spanish and volunteered at a free clinic in the Hispanic section of town. He made everyone feel special because to Andy they were special. His style of medicine is rarely practiced anymore. Andy had a passion for the mountains of North Carolina. For the past three years when most of his time was spent in and out of hospitals, he yearned to return to the people and places he loved in his youth. He returned often to visit his mother, Jane, when she was in a nursing home in Greensboro. A special thanks to Sara and Clyde Collins for the gracious use of their home and the support they provided to Andy and his mother. Andy lived in Houston, Texas for over 40 years. He was preceded in death by his life partner, Bill Rios. Andy and Bill enjoyed the Houston Grand Opera, their life in the Museum District and dining out. They relished the variety of culinary offerings available to them in the Houston area. They both loved the many groups of friends who supported them, laughed with them and provided many hours of entertainment. A special thanks to David Alquist, Bill Minturn, and Glen Douglas for their love and support over the years. Andy embraced Bill’s family as if they were his own. Bill’s brothers, Ron (Cyndy) and Tom (Carol) Rios, have served as helpmates to Andy after Bill’s passing. He especially enjoyed his relationship with his chosen nephew, Austin Rios, and his chosen niece, Amanda Rios Place. Both were showered with many gifts of love over the years, especially at Christmas. Uncle Andy continued the Christmas tradition with Austin’s child, Aja Rios, and took great pleasure in hearing about the lives of Amanda’s children, Xander and Liam Place. Andy is survived by cousins, Dr. Daphne Timmons of Charlotte, NC, Elizabeth Timmons and Patricia Kay Timmons of Tucson, Arizona, and stepbrother, Michael (Pamela) York of Venice, Florida. The many childhood memories and experiences they shared were extended into adulthood. All of these were dear to Andy’s heart. A celebration of life virtual service will take place in the near future. Please contact Ron Rios, [email protected], if you would like to be notified when the service is scheduled. Andy’s ashes, along with Bill’s will be scattered in the mountains of North Carolina. In lieu of flowers, memorial gifts in Andy’s honor may be made to the Houston Grand Opera or the charity of your choice.

The family of William Andrew Cook created this Life Tributes page to make it easy to share your memories.

Send flowers to the Cook family.