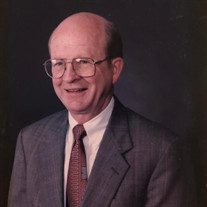 We wanted to share with all of you that William T. (Bill) Pieper passed away early Sunday morning, August 9th, 2020. He was born July 24th, 1935 to Sam and Beulah Pieper in Beeville, Texas. He started school at 5 years old and skipped the third grade graduating at the age of 15. He started his college career at then Southwest Texas State College. He graduated in three years and did one year of graduate work at the University of Texas before beginning his career. Dad started his career at Stewart & Stevenson in 1956 and worked for 43.5 years until he retired in 2001. It was his second job after college. His first was at the accounting firm of Ernst & Ernst (now Ernst & Young). He spent all of his time at Stewart & Stevenson, so they hired him. It was at S&S where he met our mother and they married in 1958. He and mom shared almost 63 years of marriage, something not accomplished by many people these days. He was the company’s first internal auditor and ultimately became the manager of internal audit. In 1981, tired of the Houston traffic, he took a new role as Controller for S&S Power in Denver working for Garth Bates. He stayed in that role until 1991 until they both moved back to Houston with dad becoming the controller for the distribution business. He retired in January 2001 as he was not enjoying the GE era of Stewart & Stevenson. He came out of retirement when Garth Bates and Frank Pool were buying United Engines and worked on their due diligence team. We remember talking with him about it and he said he didn’t do it for the money, he just wanted to see if he could still do it. Garth called on him one more time when United was trying to buy Stewart & Stevenson. He and Mom worked hard to keep that a secret from Jack. After that deal fell through he spent several years volunteering at Memorial Hermann working in the gift shop. He was their best customer. He enjoyed his retirement years with mom doing some travel and gardening, but mostly spending time with his family and grandchildren. Christmas was his favorite time of year. He loved collecting ornaments, Santa’s, and holiday collectibles. He was known for decorating beautiful Christmas trees. The house always had several. He also loved finding the perfect gift for people and would spend all year looking for it. One of his favorite traditions was making his own version of Chex mix. He called it “Texas Trash.” Family and friends alike looked forward to receiving their Christmas tin full of “Trash.” In 2015 he had a stroke and had to learn to walk and talk again. His mind was good, but he talked and moved slower. It seems that each year got progressively harder and he physically could do less and was barely walking with a walker at the end of last year. 2020 was a rough year. He spent part of January and February in the hospital and rehab. Once he came home he was no longer able to walk. With help he moved around using a wheelchair. As he got weaker we needed more help. His only request was that he be able to stay at home. As it was difficult to move him, he went under hospice care on June 1st. As the summer went on he seemed to be weaker each week, but he was looking forward to his 85th Birthday on July 24th. Mom made all of his favorite cookies and cakes and invited friends to come by and pick up dessert to go and to spend a few minutes with dad. He really enjoyed the day, especially all the cake, cookies, and candy. He received many calls, cards, letters, notes, Facebook greetings, and emails to celebrate the day. He held each card as we read them to him and remembered each and everyone of you fondly. We are ever so grateful for the outpouring of love he received on his special day. It truly warmed our hearts and his. We offer special thanks to Amedisys Hospice. Each person from this wonderful agency couldn’t have been anymore professional or compassionate toward dad and family. We also offer special thanks to his personal caregivers Teresa and Marian. Without a doubt they were God sent. We truly can’t express how fortunate we are to have had them in our home helping us day by day these last few months. Each of these beautiful ladies became our friends and were much beloved by him. He fought valiantly to the end despite the failings of his earthly body. After his birthday he was ready to “Fly Away”. As sad as we are, we rejoice that he is no longer in pain or suffering. We hope you will understand that due to Covid-19 the family will have a private service and burial. We appreciate your thoughts and prayers.

We wanted to share with all of you that William T. (Bill) Pieper passed away early Sunday morning, August 9th, 2020. He was born July 24th, 1935 to Sam and Beulah Pieper in Beeville, Texas. He started school at 5 years old and skipped the... View Obituary & Service Information

The family of William Pieper created this Life Tributes page to make it easy to share your memories.

We wanted to share with all of you that William T. (Bill) Pieper...

Send flowers to the Pieper family.