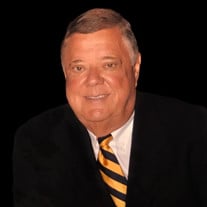 William “Bill” John Werner, 79 of Spring, Texas passed away October 31, 2020. Born on April 18, 1941 in Van Horne, Iowa. Bill grew up in Van Horne, Iowa and graduated from Van Horne High School in 1959 where he played baseball for the Van Horne Bobcats. After graduation he attended Iowa State University and graduated with a bachelor’s degree in Mechanical Engineering in 1964. He made a perfect score on the Engineering Licensing Exam which tells you something about his work ethic. After that he served in the Public Health Service for two years as an officer in Engineering. He was hired by duPont where he worked 32 years as a Mechanical Engineer. He met Wanda Marie Puckett in Louisville, Kentucky while working for duPont. They married in 1968. They moved to Wilmington, Delaware in 1970 and lived there nine years. In 1979 Bill was transferred to Spring, Texas. This is where they raised their family. After retirement in 1998, he soon realized he was not quite ready for retirement and worked part-time at Home Depot and then became a Home Inspector and established his company, Inspectal. He worked several years inspecting homes around Houston and enjoyed meeting people and doing what he loved. Once the grandchildren started arriving he dissolved his business to be a full-time grandpa later to be named “Popcorn”. He and Wanda spent years together enjoying all their grandchildren’s sporting events. During retirement, they also enjoyed trips to Destin with family and friends, and went on 24 cruises and travelled abroad. Popcorn was known as everyone’s grandpa and made many great memories at the ball fields. Bill served as a deacon for the Church of Christ in Delaware and in Houston. He and Wanda have always been very active in church, Life Groups and serving. Popcorn is survived by his wife, Wanda Puckett Werner, son, Tab Allen Werner, wife Beverly and grandchildren Trevor and Tara of Spring, Texas, daughter Tammy Jenkins, husband Wess and grandchildren Cole and Chase of Splendora, Texas, Mona Ficca, husband Jim, grandchildren Angela, Jimmy and Alyson of Hockessin, Delaware and great grandchildren, Madison, Paige, and Zoe. He is preceded in death by his father, Leon DeLoss Werner and mother, Helen Klousia Werner. Visitation with the family will be held Saturday, November 7 at 10 AM Church of Christ at Champions, 13902 Cutten Road, Houston, Texas 77069 with a Celebration of Life ceremony at 11:00 AM. In lieu of flowers, donations can be made to: Houston Impact Church of Christ 1704 Weber St. Houston, Texas 77007 Scholarship Fund For anyone that is unable to attend the ceremony, a live stream video will be available at: https://www.championschurch.org click on “worship streaming” or visit the facebook page at https://www.facebook.com/championschurchofchrist/

The family of William John Werner created this Life Tributes page to make it easy to share your memories.

Send flowers to the Werner family.